RIDGE is one of my music projects that I started work on in mid 2019. Having spent a bit too many years in the ‘Rock Wilderness’, I sat down and started to write some more heavier material. From these first sessions sprang the demos for the first release. An EP of 4 songs with the eponymous title, ‘RIDGE’. As has been the way with other projects over the years, all songs were written, performed and produced by myself in my home studio. The EP got some favourable reviews on it’s release and quite a lot of airplay on some of the radio stations which cater for the classic rock scene. It also managed to get me to #1 on the Reverbnation rock charts for Scotland. Inspired by the reasonable success of this I decided to embark on a second disc.
After a few months of lockdown, with not much else to do, I had another EP ready for release. This one I called, ‘The Bee Side’. I made a small typo when designing the artwork for the cover, hence the ‘Bee’, but quite liked the quirky daftness of it. Originally I planned to package it with the first EP as an album, but after a bit of investigating into the workings of my aggregator, I decided not to go down that route. It was released June 03 2020, and  was met again with good reviews and plenty of airplay.
A small note: the artwork for the two Eps are parts of an original painting by my friend, the artist DI Perry. She posted a pic of it on FaceBook, and I commented on it saying how much I liked it. 3 days later it arrived in the post.
Whilst writing the songs for the two EPs, I had other ideas for songs in various stages of development. With nothing happening on the live scene yet, due to the COVID thingy. I started working on some of these ideas. After a few weeks I had 15 songs recorded with rhythm tracks and guide vocals. I cut this down to 11 and then to 9. Which became the latest release and the first full album from ‘RIDGE’, “Looking For A reason”. Which was released digitally on April 26 2021 in all online stores and streaming sites. I intend to have physical CDs available by the end of May. This will be a short run of 500, and only available here or through Bandcamp.
What’s next?
Well, I still have a few bits and pieces of songs and a couple of guitar instrumentals lying around waiting to be completed. There is definitely enough material for another album. Maybe late 2021 or early 2022. Who knows?
R 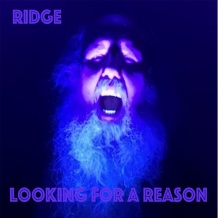 RIDGE - LOOKING FOR A REASON 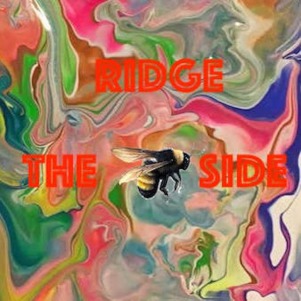 RIDGE - THE BEE SIDE

3  WHEN THE PAIN BITES 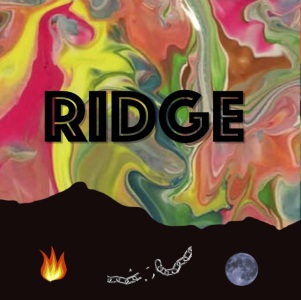